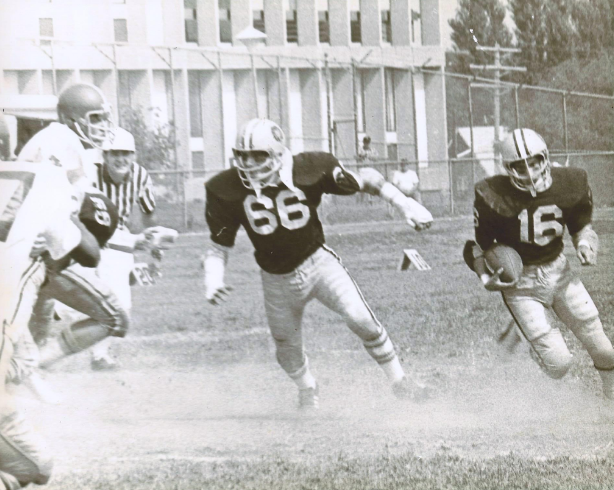 Along with the Miraculous Medal that his Grandmother gave him, Victor wore his number 66 around his neck every day. His family members and friends wear the 66 every day in his memory. So, where did this originate from?
Victor was an enthusiastic and loyal football fan. He played football as a youth and on his high school team and always watched his favorite professional team, the Green Bay Packers. During the exciting “Lombardi Era” of the late 1950s and 1960s, the Packers had a middle linebacker named, Ray Nitschke. He was a huge presence on the field, a fierce competitor who intimidated his opponents. However off the field, according to writer Bud Lea of the Milwaukee-Wisconsin Journal Sentinel, he was “a gentle man and a good friend”. Ray Nitschke led the Green Bay Packers to five NFL Championships and victories in the first two Super Bowls. 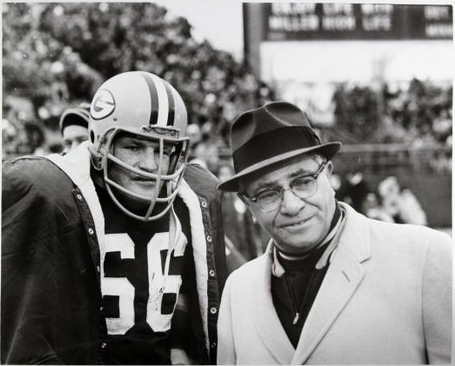 Nitschke was Vic’s favorite player and his team number was 66. When Victor had to select his own football number, of course, he picked 66. He stayed loyal to it for the rest of his life wearing 66 in football as a youth, in high school and even after his football career ended and he turned to playing softball. He wore 66 on his back during all 27 years of playing softball.
Carrying on this family tradition, Victor’s daughter, Victoria, wore 66 all through her years as a softball player as well. 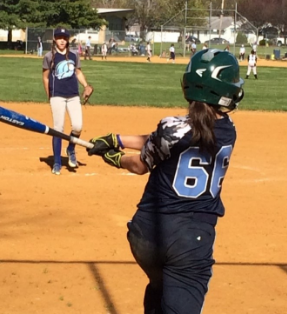